Data and Automation in the Hotel Industry

Data and Automation in the Hotel Industry 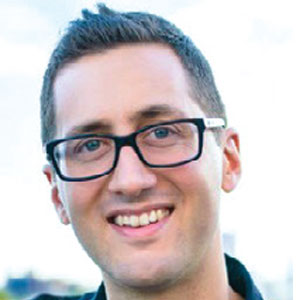 Big Data is a buzzword that has been thrown around quite a bit over the last few years, but its relevance in decision making for hotels is more prominent now than it ever has been. Well, before the concept of big data was introduced, hotel management teams made key decisions, whether it was a change in rack rates or deciding how to staff or order for the next few weeks, based on gut feeling. Of course, the savvy hotel operators utilized their forecasts to get a better gauge on their future business, but if the forecast was based off gut feeling, could it be counted on for accuracy? If they were inaccurate, both top line revenue and bottom line profitability would be adversely affected.

Enter Big Data. With recent enhancements to non-guest facing technolog y, the ability to rollup copious amounts of reservation data into more user-friendly formats has made it much easier to learn about the buying behaviors of our guests. When we understand their behaviors better, we will be able to make smarter pricing decisions to impact top line revenue and more effectively evaluate how we are managing our costs. Under the gut feeling model of decision making, we may know that we are going to sellout next Tuesday and Wednesday, but under the Big Data model of decision making, we may see that Wednesday’s sellout is driven by stayovers from Tuesday and not a new set of arrivals. With this observation in mind, the general manager may elect to scale back on front desk coverage since there are fewer check-ins and reduce the number of housekeepers scheduled since there are no due outs, all of which will reduce the hotel’s labor costs.

As the hotel industry pioneers forward into the realm of data and analytics, the ability for hoteliers to make pricing, scheduling, or even ordering decisions themselves is starting to fade out in favor of full automation. While some would argue that the automation of any job function is detrimental to the long-term stability of that position, it is much more impactful to think about how the introduction of this technology is forcing these positions to evolve. Consider the revenue management discipline. Nearly all the major brands now use automated systems to manage room rates, stay restrictions, and discount availability. These functions have previously been the responsibility of the revenue manager who would often spend hours setting up customized strategies for their hotels. Under an automated model, each system develops a customized revenue strategy for each day of the year as opposed to a blanket strategy that spans the course of several weeks or even months.

The hotel industry will not stop moving towards a fully automated decision-making model, and as this progression continues, positions in the industry will evolve.

So, what does the revenue manager do now? With these systems taking on the daunting task of managing rates, inventory, and discounts, the revenue manager’s role shifts from manual button pushing to an in-depth analysis of the system optimizations. The computer is analyzing hundreds of thousands of data points before it executes a strategy, and when it does, the revenue manager must ask questions to validate the output. Why isn’t the system seeing demand for two nights when historically we’ve been able to capture two-night stays? Why is the system so sure we’re going to see 15% of our inventory wash over the last weekend of the month? The list of questions that can be developed from a single day of optimizations is endless. Now, take all those questions and apply it to an entire year and the revenue manager will find that their workload is suddenly ten times heavier that it was during the pre-automation era.

The hotel industry will not stop moving towards a fully automated decision-making model, and as this progression continues, positions in the industry will evolve. Human interaction will always be crucial to the accuracy of these decisions since there are always factors computer algorithms cannot predict. A hotel’s revenue optimization system does not know that a tour group will no longer be checking in today because their bus got a flat tire. In this example, the revenue manager must manipulate the system to reflect the group drop off and allow it to reoptimize to create a new strategy based on this new set of data. If the system were left to optimize based only on data it could foresee itself, the hotel in this example would have experienced larger losses in revenue.

The automation technology hotels are using is unemotional and data driven. It does not care whether we like it or not. It will continue to make decisions that impact multiple facets of our business. We can either choose to fight a system that will ultimately end up doing what it wants anyway, or we can choose to partner with it, teaching and influencing it to recognize and optimize based on data that it might be misinterpreting. Over the last century, there has only been one position eliminated from the hotel industry – the elevator operator. Ultimately, the elevator operator was not able to move guests around as fast as the computer could. However, maintenance engineers were still needed to provide upkeep on the shaft and computer engineers had to be hired to continuously manage and provide updates on this state-of-the-art lift technology. Don’t be the lift operator; be the engineer.

Technology In Corrections “Things Are Only Impossible Until...

Putting The Awareness In Security Awareness