There's nothing more Expensive than Cheap Managers: How to Optimize Your Hotel Workforce 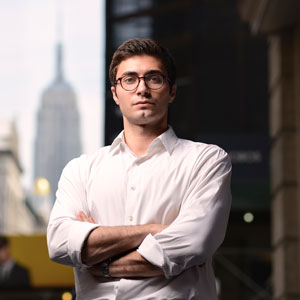 A well-trained staff will mean a well-run hotel

Research pegs labor costs at roughly 32percent of revenue in the hotel business, making it the principal operational expense. As one of our hoteliers puts it, “Everything comes down to people, your biggest variable cost is payroll.” His advice for success? “Hiring the best people that you can find. There’s nothing more expensive than cheap managers.”

"Though employees are often the greatest cost, they can also be the hotel's most valuable assets"

Though employees are often the greatest cost, they can also be the hotel's most valuable assets. It’s all about preparing exceptional candidates to thrive as staff members.

Staff training is an investment, but in most cases, it quickly pays off. This same hotelier told us about implementing a program of wine education at his hotel. “For some of our staff, it was their first time they ever tasted vintage champagne.” According to this GM, the positive results appeared right away: “And lo and behold, we sold more champagne that week.” When done correctly, training helps staff members serve the hotel to their maximum potential.

Experienced managers are the heart of an efficient workforce

Many hoteliers improve their staff's efficiency by relying on experienced professionals. For Sardor Umarov, General Manager of the Exchange Suites in downtown Memphis, Tennessee, this means delegating responsibility to managers over their department. Sardor told us, “First of all, we hire people that are serious in their field. For the front desk, we have a FOM who handles all the staff and associates, and they're trained by her.”

In housekeeping, Sardor relies on a graduate of hospitality school with over 20 years in the industry. “She makes sure everything stays up to our standards with the housekeepers that we have,” he told us. “It’s all about hiring smart, experienced managers and delegating to them.”

Staff turnover in the hospitality industry ranges between 60–300percent, three times that of most industries. Each of our hoteliers told us how he seeks to counteract this trend by maintaining his staff's level of satisfaction.

As one of our GMs noted, “When people don’t feel like they're being valued, they’ll jump.” For this GM, empowering employees means being sensitive to what they need, and appreciative of the work they do. He told us, “I tell management that their job is to clear the path so that their team can do their job as well as possible. Sometimes that’s motivating them, sometimes it’s giving them the tools and the support they need to get it done.” This GM also makes it a point to communicate the hotel’s mission to staff members, so that they feel like they’re contributing to something bigger.

Likewise, Sardor told us, “We take care of our employees, family business, and it’s a very family oriented environment here. People like that, and they get paid well.” We agree that creating this culture of inclusion can make the difference when it comes to retaining staff. At Sardor’s hotel, social events provide opportunities for team-building. “It’s really a fun environment,” he told us. “Every holiday, we try to have a big open table spread full of food. My mom makes a lot of salads and different foods, and they all love it.” Creating space for employees to socialize can greatly promote a welcoming work environment.

Meanwhile, Michael Hillier, General Manager of The Renwick in New York City, touts the benefits of shorter shifts for employees. In terms of his staff’s work-life balance, Michael told us, “I don’t think we could improve that any more. In a union hotel, they work seven-hour shifts, and the benefits of being a union hotel are  that they automatically have that.”

As Michael noted, this system is beneficial for the success of the business, as well as the individual employees. “It allows for better service. With seven-hour shifts they’re always fresh, not like other properties where I had guys pulling 18-hour shifts.” And Michael’s staff turnover rate suggests that his employees are satisfied: he told us that at his hotel, the issue of losing staff members “doesn't exist.”

Michael has used creative incentives at his hotel to great effect. One example is a reward for a positive name mention on TripAdvisor; another is offering a 10 percent commission on room upgrades. The staff is even incentivized to choose certain days off because they’re free.

In addition, Michael’s creativity extends to promoting room cleanliness. He told us, “With Housekeeping, I have a test where I’ll write down, ‘Please come see me’ on a piece of paper, and crumple it up in a way that is inconspicuous enough that a guest won’t notice, but if anyone in housekeeping sees it and opens it up, they can redeem a free Starbucks gift card, or something like that.”

Michael explained that it’s important to consider what’s in it for your employees: “Not every positive action has to be rewarded with monetary compensation, sometimes recognition—a pat on the back even—can do the trick”

In Michael’s view, a hotel's ability to provide guests with a great experience depends on how management treats the staff. “If you don't treat them with respect, they’re not going to be there for you,” he told us. “It's the only way to create a true team atmosphere.” At ALICE we couldn’t agree more. The competence and enthusiasm of your employees will determine the quality of service provided to guests, and giving your staff the tools to succeed—and showing you appreciate them—will make all the difference.

Pioneering the Future Through Technology Innovation

Assessing the Threats in Cloud Security