Back to the Future: The Intersection of Technology and the Restaurant Industry

Back to the Future: The Intersection of Technology and the Restaurant Industry 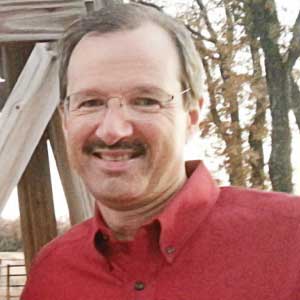 We all know the 1985 movie ‘Back to the Future’. Time travel is possible as long as you have a Flux Capacitor—the technology invented in 1955 by Doc Brown, played by Christopher Loyd in the movie. The main character Marty McFly played by Michael J. Fox accidentally travels back to 1955 in the time machine invented by the Doc. Marty ends up stuck in the past and has to convince the Doc to help him get back to the future. It is much like IT trying to convince Restaurant Operations about the benefits of implementing new technology. It can be very difficult at first, and it feels like you traveled through time before everyone is happy and the decision is finally made.

Since we have the Flux Capacitor let’s go back in time to the intersection of technology and the restaurant industry. In order to alter the space time continuum jump into my 1980’s stainless steel DeLorean, rev up the 1.21 gigawatt nuclear power plant and let’s take a trip back to the future.

Let’s see, I believe the first stop is at the turn of the century when the first fast food restaurant was created by a company called Horn and Hardart. The restaurants were called Automats, where attendants would push food through the back of a bank of vending machines. Customers inserted coins and selected sandwiches, soups, entrees, drinks and desserts. Vending machine technology merged with a cafeteria to produce fast food. Who would have thought so?

Restaurant technology for the first three quarters of the 20th century was limited to process improvements, and kitchen equipment developments. All accounting, bookkeeping, distribution, fulfillment, was done manually for a good part of the century. Cash registers were basically large manual adding machines with a cash drawer. Mid-century, the first modern era computer was created in 1946, the Eniac computer. It used vacuum tubes, weighed 30 tons, took up 1800 square feet and it could perform 385 multiplication operations per second. Pretty cool isn’t it? Your smartphone today can perform100 million.

Next stop is the year 1955 and Ray Kroc opened the first of his McDonalds with the Speedee Service System. This system streamlined workflows in the kitchen to mass produce a limited menu of hamburgers, fries and shakes. The technology was called Business Process Optimization (BPO) but back then they just called it mass production. Over 300 billion sold and counting, modern day fast food was born It wasn’t until the 1970’s that a microprocessor based POS was born. And as you would expect McDonalds was one of  the first to introduce it.

It was a touch pad terminal that had buttons for burgers, fries, shakes, etc. It could accumulate totals, calculate tax, total and print the check. After all we just landed on the moon, invented Velcro and Tang. Our technology was very impressive. What else did we need?

Fast forward forty years to today. New innovations in restaurant technology are occurring at a dizzying pace. POS systems are still primarily an order entry device. An essential point in the restaurant operation, where totals are accumulated and orders are distributed much like the earlier models. Though the constant need to improve has led us to Mobile Payment Systems, POS in the cloud, Handheld POS, POS on Tablet computers, POS in Kiosk’s, Tabletop POS, POS in an App, and POS in your Smartphone. Yes we finally figured out how to better utilize those 100 mflops. Actually when ordering food on your smartphone there is no real need to perform massive amounts of calculations. But it’s nice to know you could if you wanted to.

“McDonalds was one of the first to introduce a touch pad terminal that had buttons for burgers, fries and shakes”

POS is just one of the many technologies that are changing. Others include back office systems, social networking, wifi with geofencing, and business intelligence, just to name a few. All enhanced by the introduction of faster and still faster internet speeds. Also implementing these new solutions is getting easier and easier with the advent of the Software as a Service (SaaS) model. To the technology neophyte it’s as easy as downloading an app from the app store. The phrase, “isn’t there an app for that”? We know is never easy.

As technologists considering any new advancements and improvements to the technology at our companies we must all consider the human side of the equation. When you make the decision to move forward with something new keep in mind these changes will affect the lives of your employees and customers. Ask yourself these questions. Are they better off with this new technology? Will it allow your employees more time to spend on improving your business? Allow them more time enhancing their relationships with your customers. Allow them to spend more time with their families. Because unlike Doc Brown and Marty McFly time is the one thing we can never get back.

Hybrid Work Has Forever Changed The Need For It In Ramboll

How T-Mobile brought an Un-carrier approach to tech hiring

Great Expectations: Balancing the diverse needs of a city in a...

"Discovery and Delivery" - An Approach to IT Workload Balance